Gary Schrader—BU Prof John Blaikie claims he and other members of his university residents at UNB, Fredericton played football against a team quarterbacked by Springhill legend Anne Murray, during the 1968 February Winter Carnival.

It was a brisk winter day when the women from Lady Dunn Hall and the boys from UNB's Harrinson House, crunched down the snow to mark the field for the big game.

Anne Murray was tackled by Blaikie and another team mate. Murray was suddenly lying in the snow with her sweatpants around her ankles, which then caused both teams to break out in laughter.

The game ended in a tie; the teams were so engrossed in having fun, they forgot to keep score.

Does Murray have any recollection of this incident during the 1968 Winter Carnival?

Clio Straram—With high winds and high rooftops, Chicago, Illinois is a city that will keep you soaring above any of life's mundanities. If you like music, of any kind, the scene in Chicago is one to recon with. Every night you can find a plethora of clubs with live music ranging from Latin jazz to DJ's and hip-hop.

If hard beats or fast drums aren't what you're looking for, try out the more classical venues.

The 114-year old Chicago Symphony Orchestra is world-renowned and has 110 talented musicians. The group, their three internationally famous conductors, and the fantastic number of top recordings put out by this ensemble are all testaments to the symphony's world stature.

Recently there was a production of Wagner's Ring of the Nibelungs, a four day, and almost 17-hour opera that is replete with magical forests and long arias. Ring fans from around the world made it out to the Chicago Lyric Opera's production, and, while there, sampled many other flavors of music.

Some consider Chicago to be the jazz hub of the world, giving it more credit than either New York or New Orleans. If it's either a Monday or Friday night that you're free, you don't have to worry about missing much of the action.

Kingston Mines is a blues bar that features two bands a night which trade off one-hour sets. The music usually begins at 9:30 and ends at 4:00 a.m. Entrance is free for students.

The Underground Wonder Bar, like its name suggests, is a basement-style bar. It has many styles of music on various nights of the week and is a hidden gem that Chicagoan's like to call their own.

If you're planning a trip to the windy city, make sure you're up for listening and dancing. Hit up an afternoon concert at the Symphony Centre, check out the Green Mill, and when you're just in the mood to walk the streets of Chicago, you're bound to hear live music from buskers who are definitely worth stopping for. 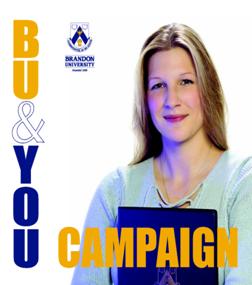